Posted/Updated on May 04, 2010
by Srinivasa Rao M
Kanyakumari is a beautiful beach destination located at the southern most tip of the peninsular India. Kanyakumari is the point of confluence of three oceans - the Bay of Bengal, the Arabian Sea and the Indian Ocean. A dip in the ocean here is considered holy, but the sea is rough here and not fit for bathing. 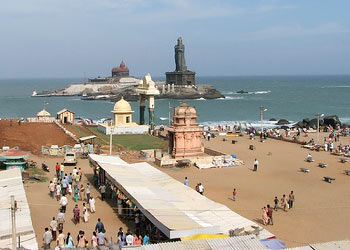 History of Kanyakumari
Referred to by the British as Cape Comorin, Kanyakumari has been named after the Goddess Kanyakumari Amman. Legend has it that Goddess Parvati in one of her incarnations as Devi Kanniya did penance on one of the rocks of the land to obtain the hand of Shiva.She vowed to remain a virgin until Shiva came to deliver her from her penance. Kanyakumari was once known as the 'Granary of Travancore'. It was part of Travancore for a long time till it merged with Tamil Nadu in 1956 under the State Liguistic Reorganisation Act.
Attractions in Kanyakumari
The clean and beautiful beaches are the prime attractions of Kanykumari.There are also other attractions on the beach like the Kumari Amman Temple. Dedicated to goddess Parvathi to mark the spot where the Goddess won Lord Shiva with her penance. The diamond nose ring of the goddess is famous for its dazzling glow. According to popular belief, the goddess protects India by guarding the southern gateway. A ferry will take you to the Vivekananda Rock Memorial. Built in 1970,it marks the place where Swami Vivekananda meditated and evolved his philosophy. Close to the memorial is Sripada Parai where the footprints of goddess Kanyakumari are believed to be imprinted.
Other tourist attractions in Kanyakumari are the Gandhi Memorial built over the spot where the urn containing the ashes of Gandhi was kept for public viewing before it was immersed in the water around in accordance to his wishes. The Government Museum has a collection of sundry objects like old coins, whalebones, tribal objects, bronze sculptures, and woodcarvings
Excursions from Kanyakumari
Excursions can be made from Kanyakumari to the district headquarter Nagercoil, famous for a temple dedicated to Nagaraja or Lord of the snakes from which the city derives its name. You can also visit St.Xavier's Church at Nagercoil. Nearby are the Olakkay Aruvi waterfalls. Suchindram is 13 km from Kanyakumari and has a famous temple dedicated to a deity, which is interestingly a combination of Brahma, Vishnu and Shiva. Temple excursions can be made to the Lord Subramanya Temple at Kumarakovil, 34 m away from Kanyakumari and the Mandaikkadu Bhagvathy Amman temple, 41 km away, a small 7th century temple where the Amman is in the shape of a five headed anthill which is believed to be growing. Those interested in forts and the history of the region should visit Padmanabhapuram, which encloses the palace of the Travancore kings. Udayagiri Fort built in the 18th century by King Marthanda is fascinating. It also has the tomb of his trusted Dutch General De Lennoy. Pechipparai Dam, 56 km from Kanyakumari is an ideal spot for picnic and boating.
Pictures Gallery 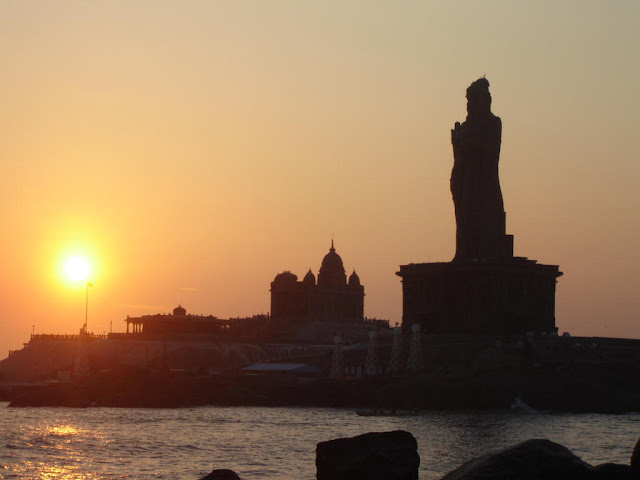 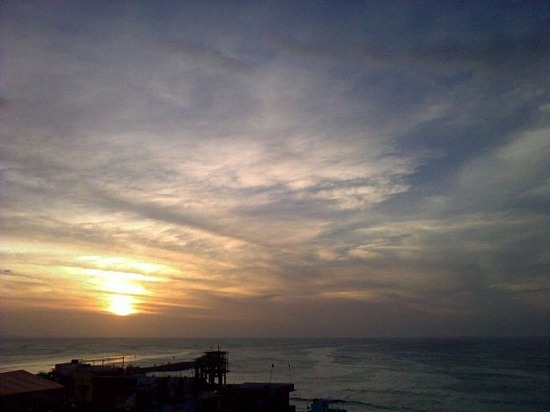 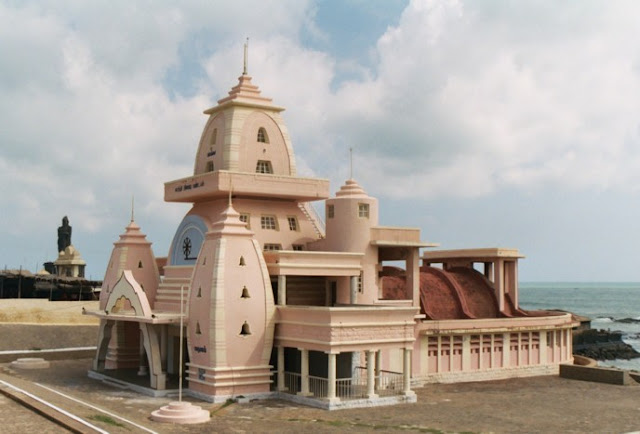 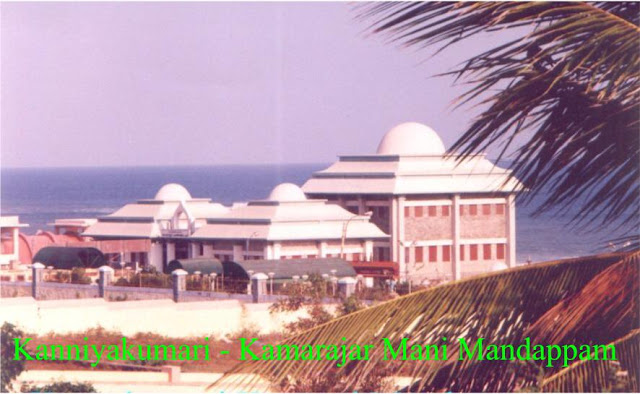 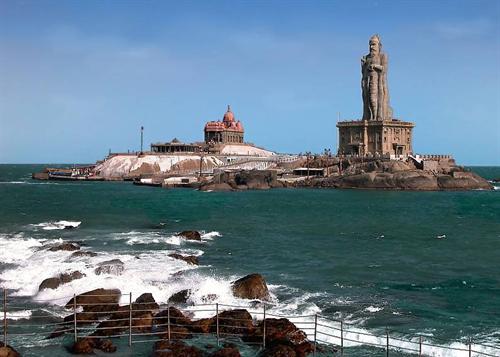 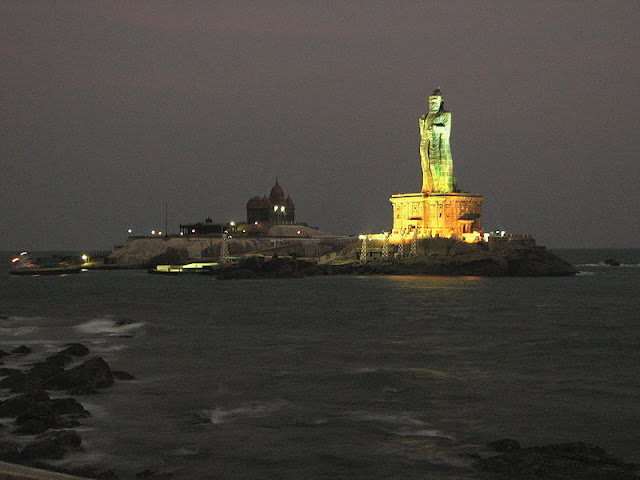 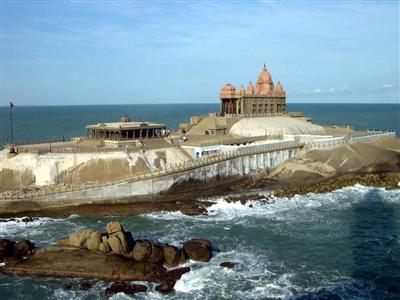 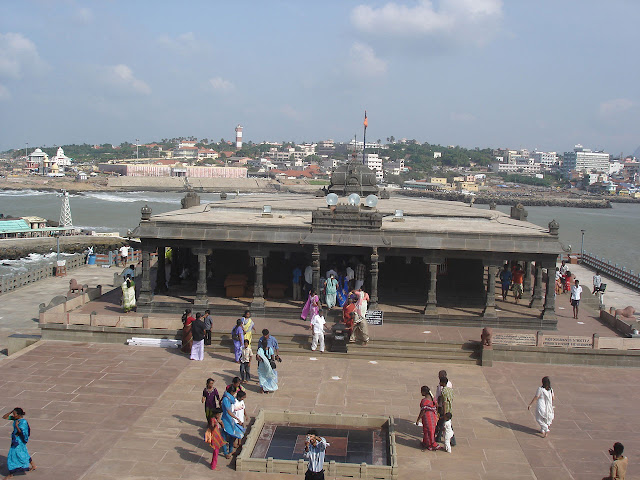 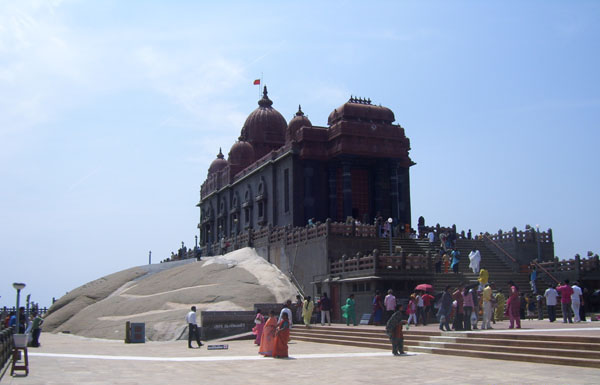 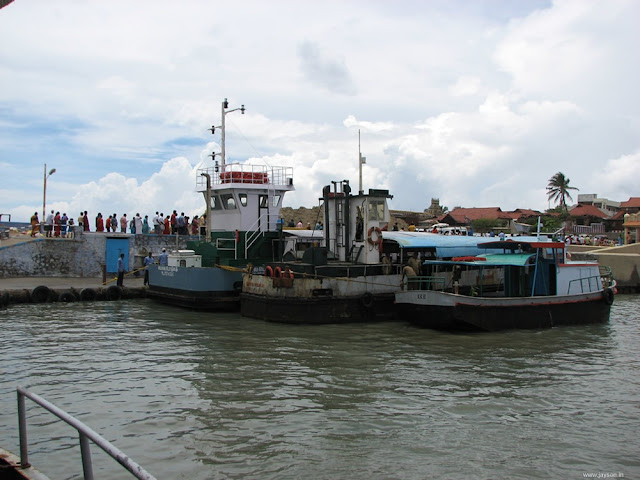 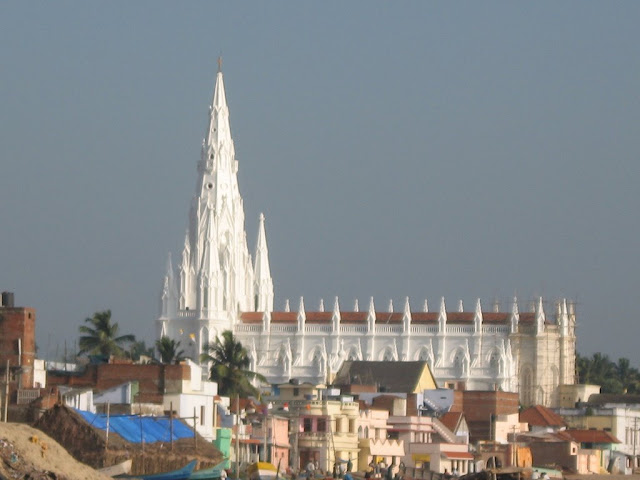 How to reach Kanyakumari
Kanyakumari is the southernmost point of peninsular India and the meeting point of three oceans-the Bay of Bengal, the Arabian Sea and the Indian Ocean.
By Air: The nearest airport is Thiruvanathapuram which is 80 km away. It has both the domestic and international terminals. From Thiruvanathapuram, you can take a taxi or a bus to Kanyakumari.
By Train: Kanyakumari is well connected by rail services with all the major cities in India. Superfast trains connect Kanyakumari with the northern rail junctions and Intercity trains are running from almost all the southern cities.
By Road: Kanyakumari has a good road network which connects it to the major cities and towns in South India like Chennai, Bangalore, Madurai, Pondicherry, Thiruvanathapuram and and so on. Tourist taxis and autorickshaws are available for travel in Kanyakumari.
By Srinivasa Rao M a la/s May 04, 2010
Newer Post Older Post