Posted/Updated on June 04, 2010
by Srinivasa Rao M
Yercaud is a lesser-known hill station when compared to Ooty and Kodaikanal, located on the Servaroyan Hills, in Salem District, Yercaud is a hill station visited by tourists throughout the year. The Servaroyan Hills as a whole, provide many beautiful vistas and panoramic views. Yercaud itself is a pretty hill station with a pleasant cool climate. Yercaud's temperature never rises above 30° C or falls below 13° C. This is one hill station where one does not feel the bitting cold of winter. With such a salubrious climate, Yerkaud can be visited round the year. It is an hour's drive from Salem and is the least expensive hill station in India.
Yercaud is also called "Ooty of the Poor " and is known for Coffee Plantations and Orange Groves. Yercaud is still comparatively more peaceful and cheaper than the major southern resorts of Ooty and Kodaikanal, but every year the influx from the plains is growing larger. The highest point in Yercaud is Shevaroy temple, which is situated at a height of 5,326. History of Yercaud Yercaud got its name from the Tamil words, yeri and kaadu, meaning lake and forest respectively. The British discovered it in the early 19th century. There are accounts of coffee plantations being introduced by a British officer in the area in the second decade of the 19th century. Though first house was built in 1840, the first metalled roads were laid only in the early 20th century. The cool climate attracted Christian missionaries and they established the Sacred Heart Convent for girls and Montfort School for boys. Schools like the Holy Cross Novitiate House, started by the Brothers of Don Bosco, followed these.

Prime Attractions of Yercaud
Today, the Yercaud is very rich in tourist spots. A nature lover's paradise, the famous hill resort of Yercaud offers a lot of sites to visit. Few of them are:
Yercaud Lake: the first thing that attracts a visitor is the lake. It is a picturesque pool surrounded by gardens and well woonded areas. Boating in the cold water of the lake is enchanting as well as refreshing. And the other, is Anna Park – this is a lovely garden near the lake. 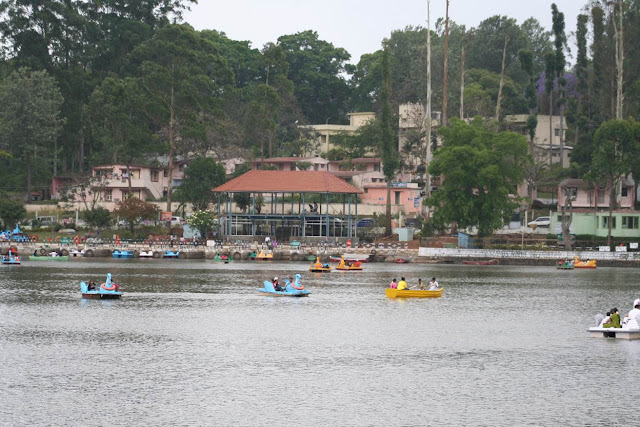 Lady's Seat: It overlooks the winding ghat road and provides a breathtaking view. This view is spectacular at night with the twinkling lights of Salem town in sight. The tourists can have a panoramic view of the plains below through the telescope mounted at the Lady's Seat. 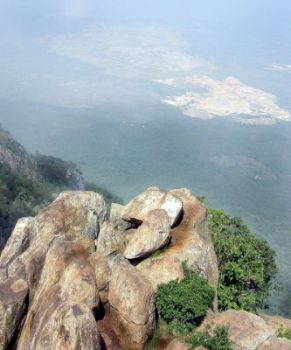 Killiyur Falls: this 3000 feet high water falls is situated amidst picturesque surroundings.
The Grange: The castle - like building built by the then Collector of Salem, M.D. Cockburn who first introduced coffee from Arabia and apples and other fruits from South Africa between 1820 AD and 1829 AD in Yercaud is said to have played an imortant role in the revolt of 1857 AD.
Bear's Cave: It is situated near the Norton Bungalow on the way to Servaroyan temple. It is an important tourist spot. Temple here is one of the six abodes of Lord Subramanya. Its innermost shrine is cut out of a solid rock. 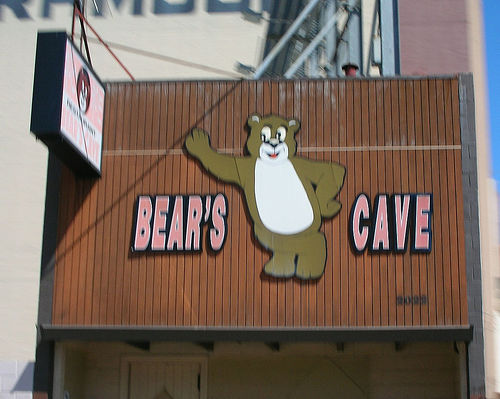 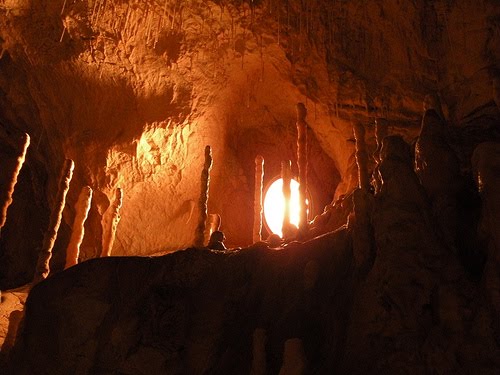 The Servaroyan Temple: It is situated atop Servorayan Hill. The tribals here celebrate their annual festival in May every year. And the other, excursions from Yercaud are Salem, this is the largest city in the region and has some old temples but is basically known for its industries, mainly steel, sago and hand weaving. 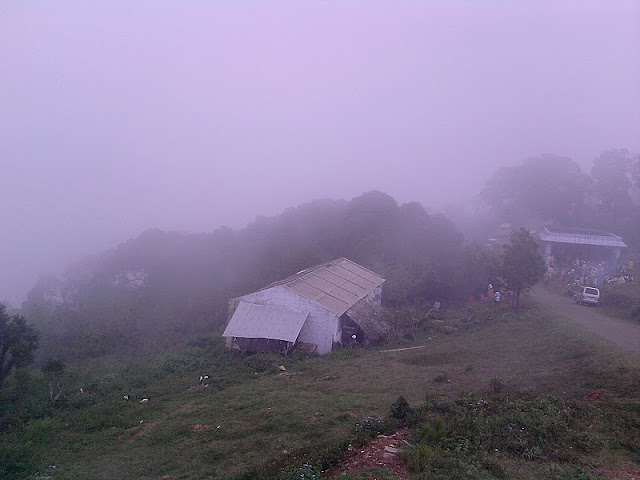 Namakkal: The town lies at the foot of a small hillock which is about 200 feet high and about half mile in circumference. There is a fort on the hillock. There are two rock-cut cave temples here, one dedicated to Narasimhaswamy and the other to Ranganathaswamy. There is also a big Hanuman statue of about 20' height here carved out of a single stone. 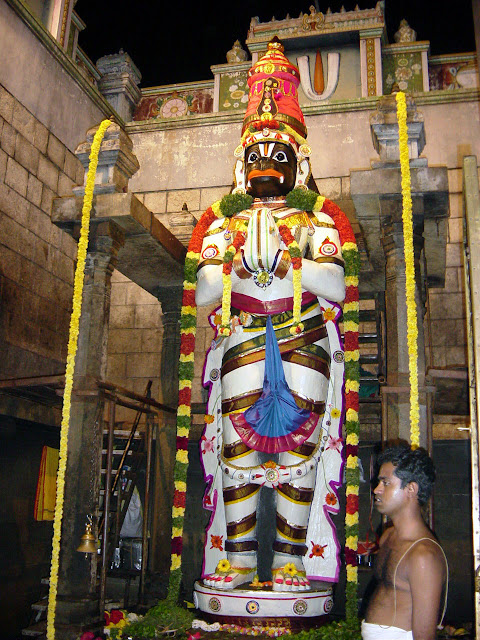 Aragalur: is about 4 kms South East of Talaivasal on the right back of Vasishtanadhi. The name of the village in Tamil means "Village of six trenches". The village was ruled by a prince named Ekambara Mudaliyar. It has two imposing temples, one is dedicated to Sri Kameswara and the other to Karivaradaperumal. There is a big Budhdha statue at Thiyanganur village on the outskirts of Aragalur Village.
Bhavani: The Sangameswarar temple here is situated at the confluence of the rivers Bhavani and Kaveri. It is one of the most important pilgrims centres in South India. 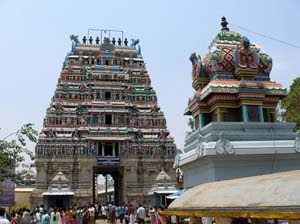 Vedanthangal: Vedanthangal is one of the largest bird sancturies in India. It is a marshy, 30 hectare park with lake visited by over 1,00,000 migratory birds every year. The majority of these birds can be seen between November and February. The variety of birds include Herons, Darters, Spoonbills, Pelicans, Sandpipers, White Ibis, Cormorants,Blue winged teals and Swans. 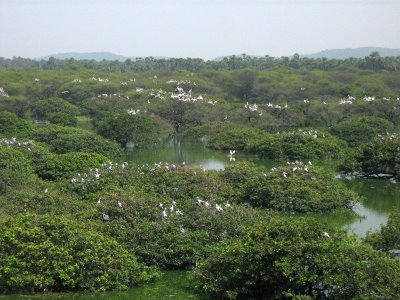 Mettur Dam: This multi-purpose dam built on the River Cauvery is a nice picnic spot, situated as it is, amidst well - maintained gardens. Water from the Stanley reservoir is used for irrigating a major portion of the plains of central Tamil Nadu.
Kolli Hills: this is the second hill station in the district at an altitude of 1190 mts. Sri Kapaleeswara Temple is located on the top of the hills called Chathuragiri is one of the oldest. The terrace type of 70-hair pin bend ghat road, the fruits cultivated, honey, and the unchanged tribal culture are unique memories. The wonderful Agasakangai Waterfalls flowing from a height over 2000 feet is a unique scene. 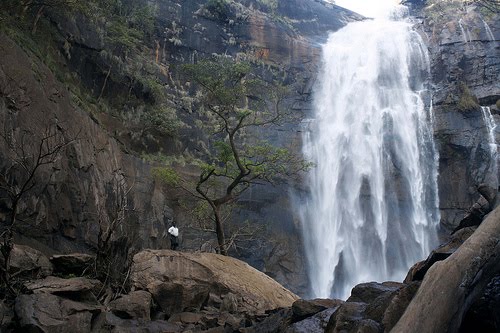 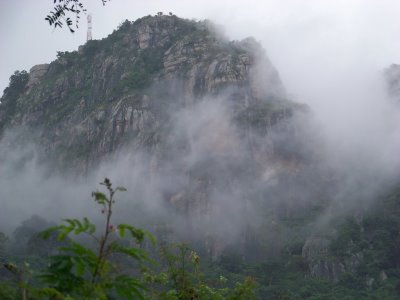 Tiruchengodu: Tiruchengodu is one of the seven Sivasthalams in Kongunadu. This is another pilgrim centre which has an ancient temple dedicated to Ardhanareeswar - a unique concept of Saivism where the deity is half male and half female. How to reach Yercaud can be easily accessed through air, train and bus. 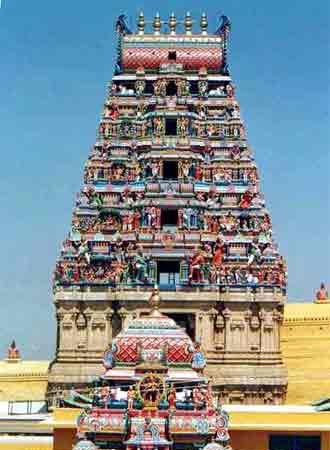 Best time to Visit : Throughout the Year
How to reach Yercaud
By Air :The nearest airport is Trichy, 163-km from Yercaud. Other options are Coimbatore or Bangalore for convenient air connections. Coimbatore is 190-km away. They are all connected to Chennai, which has an international airport.
By Rail : Ideal would be to take the Yercaud Express from Chennai. Salem Junction is 36-km away from Yercaud and Salem town is located at a distance of 33-km. Since Salem station is a junction, all southbound trains passing via Salem stop at Salem. Trains link Salem to Cochin, Erode, Trivandrum and Mangalore.
By Road: Yercaud 30-km away and an hour's drive from Salem can also be reached by bus or taxi. Regular bus services ply from Chennai, Salem and other important points. There are buses every half-hour from Salem. Yercaud is well connected by road to Trichy, Madurai, Bangalore, and Coimbatore. Buses, both private and government-owned, ply throughout the day to Salem. Private taxis are also available.
By Srinivasa Rao M a la/s June 04, 2010
Newer Post Older Post